‘A Wake-Up Call.’ Pelosi’s Visit to Taiwan Has Badly Damaged U.S.-China Relations, But Not Irreversibly

Her Taipei stopover badly damaged relations, but experts say both sides have reasons to reestablish a tentative trust 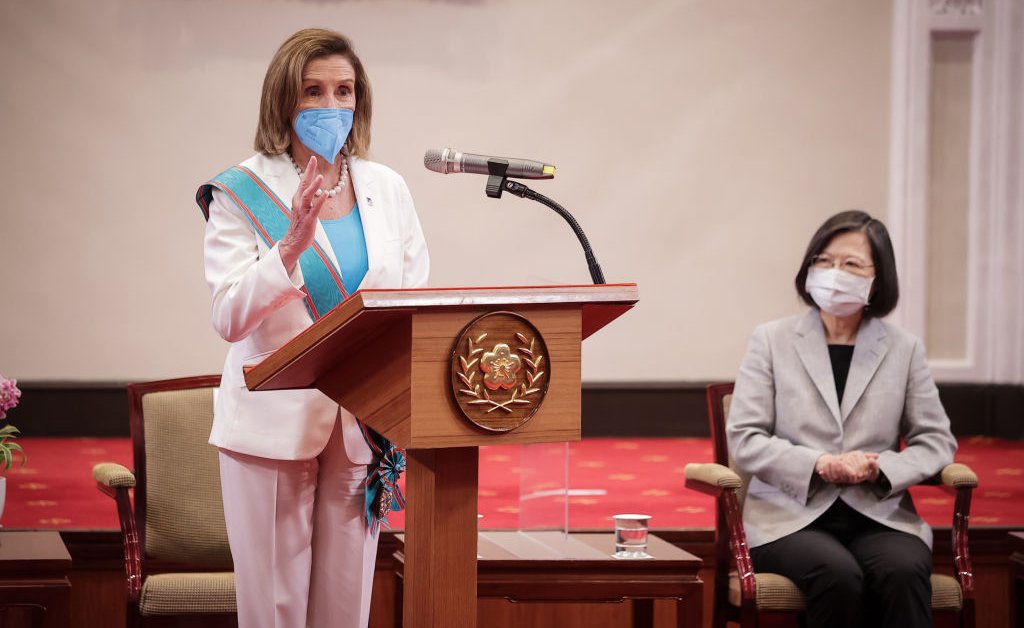 U.S. Speaker of the House Nancy Pelosi’s visit to Taiwan this week only lasted 24 hours, but the trip will pose long-term challenges for the already tense relationship between Beijing and Washington and pose significant problems for Taipei, which looks set to suffer the worst of Beijing’s ire. “Pelosi’s visit to Taiwan has plunged U.S.-China relations to a new low,” says Yu Jie, a senior research fellow on China at the Chatham House think tank in London. “The reservoir of trust forged between the two sides over the last 40 years appears to be almost exhausted.” [time-brightcove not-tgx=”true”] The Chinese leadership has indicated as much. The topic of Taiwan dominated a call between U.S. President Joe Biden and Chinese President Xi Jinping in late July, in which Xi warned Biden against “playing with fire” over the island, which China regards as a renegade province. On Tuesday, China’s foreign ministry said Pelosi’s stopover will have “a severe impact on the political foundation of China-U.S. relations.” Read More: Pelosi Leaves Taiwan With the Island—and World—in a More Precarious Position Biden has attempted to distance himself from the visit. He earlier revealed that the Pentagon thought the trip by Pelosi—a long-time critic of the Chinese government—was “not a good idea.” The White House has also underscored that U.S. policy has not changed and that Washington “strongly opposes unilateral efforts to change the status quo or undermine peace and stability across the Taiwan Strait.” That could help mitigate the damage. “While Congress has a foreign policy role, it is the executive branch that runs U.S. foreign relations,” says Zhang Baohui, a professor of political science at Hong Kong’s Lingnan University. “I think the Chinese [government] understands this and that should also limit the impact of Pelosi’s visit on the broader U.S.-China relations.” Mandel Ngan—AFP/Getty Images U.S. President Joe Biden meets with China’s President Xi Jinping during a virtual summit from the Roosevelt Room of the White House in Washington, DC, November 15, 2021. That doesn’t mean that it will be smooth sailing. Former U.S. President Donald Trump labelled China a strategic “competitor” in his first national security strategy, and an acrimonious trade war propelled the relationship to a decades-low nadir. Relations under the Biden administration haven’t warmed much. “The trajectory of this relationship has been set already,” says Zhang. “U.S.-China strategic rivalry has been in the making for quite a few years.” Pelosi’s stopover could scupper U.S.-China cooperation Despite their differences, the countries have been working together on some of the world’s biggest problems. Beijing and Washington announced their cooperation on climate change at the COP26 climate summit, saying that they would join forces to curb methane emissions. The COVID-19 pandemic has also demonstrated the importance of the two nations collaborating on health security. If those efforts stall, it may leave the entire world worse off. “When you strip away all the fiery rhetoric, what Beijing seeks is an ability to reestablish trust with the U.S.,” says Andrew Mertha, the director of the School of Advanced International Studies (SAIS) China Global Research Center at the Johns Hopkins University. He says the visit could hurt China’s ability to establish that trust, and “scuttle opportunities for potential cooperation on bilateral issues that only the U.S. and China working together can manage.” Read More: Column: There Are No Benefits to a Pelosi Visit to Taiwan Zhang says that the episode may actually highlight the cooperative side of U.S.-China relations. Although the countries are at systemic loggerheads, both want to manage their differences. Biden said in a virtual meeting with Xi in late 2021 that he wanted to ensure there were “common-sense guardrails” in place to keep lines of communication open and prevent competition from veering “into conflict.” “The outcome of Pelosi’s visit indeed confirmed that this mechanism is in place and successfully prevented scenarios that could lead to inadvertent military conflicts in the Taiwan Strait,” says Zhang. Hector Retamal—AFP/Getty Images Chinese military helicopters fly past Pingtan island, one of mainland China’s closest point from Taiwan, in Fujian province on August 4, 2022, ahead of massive military drills off Taiwan following US House Speaker Nancy Pelosi’s visit to the self-ruled island.Beijing’s military drills, which started after Pelosi left the island, are expected to continue for several days. The G7 says the exercises are “increasing tensions and destabilizing the region” and it is certainly possible that they could lead to unintended consequences. But Yu, of Chatham House, says that despite “a chorus of nationalistic rhetoric,” China will “be careful not to stumble into an accidental conflict with the U.S. which risks colossal damage on all fronts.” Bonnie Glaser, the director of the Asia Program at the German Marshall Fund of the United States, agrees. “Both sides have an enormous stake in stopping the downward spiral,” she says. “Perhaps this will be a wake-up call that they need to do so.”
Read More

The Trump administration was a 'difficult time' for Ukraine,...

India is churning out wealthy tech elites. Now they need...

James Dyson says Brexit has given him 'freedom'

If you've got a car you don't need, sell it now