Actor Chris Evans 'in love' and dating actress Alba Baptista since over a year? 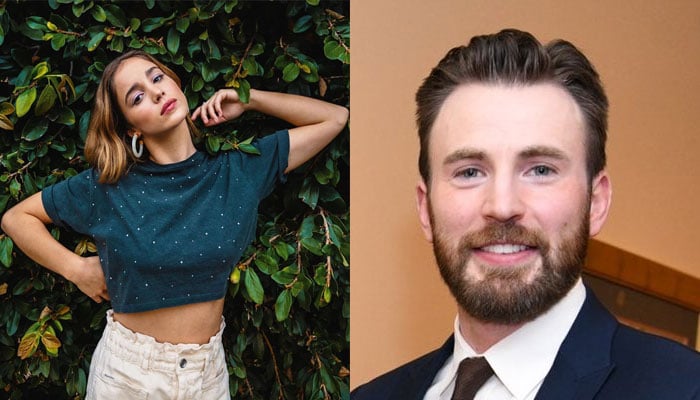 While the duo haven't made their relationship official yet, the rumoured couple was spotted holding hands while going on a stroll through Central Park Thursday as seen in pictures obtained by Page Six.

The duo was seen walking through a crowded street while covering up with sunglasses and face masks as they clutched their hands together.

The two were spotted sporting casual outfits for their outing. The photos of Evans and Baptista come hours after the news broke about their reported relationship.

Recently, while speaking to People after being named Sexiest Man Alive, Chris Evans spoke about his hopes for settling down and maintained that he's looking forward to a future that includes marriage and having kids.

The actress who recently starred in Mrs. Harris Goes to Paris won the Shooting Star award at the Berlin Film Festival last year.

She has also been known for her humanitarian work at an orphanage in Cambodia focusing on education as per People. As for her acting career,  Alba got her acting start at 16 in the short film titled Miami. She has also appeared in films like A Impostora and Jogo Duplo. Baptista made her English-language acting debut in 2020 with her Netflix series, Warrior Nun.

The actress is reportedly fluent in five languages including English, Portuguese, Spanish, French and German. Much like Chris, the actress also shares a love for dogs and has posted photos with her furry friend on social media.

According to People, a source has informed details about Chris and Alba's relationship and said, the Marvel star and the Portuguese actress have been romantically involved with each other for over a year and are serious about their relationship. Speaking about their bond, the source added, "They are in love and Chris has never been happier.

His family and friends all adore her." Both the stars are yet to make a confirmation about their relationship.

Chris Evans was recently named People's Sexiest Man Alive 2022 and it looks like the actor isn't quite the eligible bachelor anymore.

According to People, the Captain America star has been in a relationship with actress Alba Baptista since over a year. Baptista is a 25-year-old actress who recently starred in this year's Mrs. Harris Goes to Paris.

American Singer Selena Gomez REVEALS she hopes to be married...

American Rapper Aaron Carter dead at the age of 34.