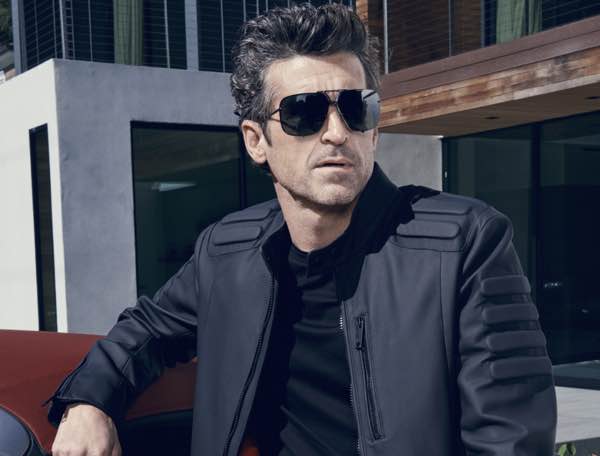 Dempsey, a real-life race car driver, said he did all of the driving himself. “It’s the best role I’ve ever had. It’s fantastic,” he added.

Dempsey spoke Wednesday while in Maine to visit the Ecology School in Saco, which aims to change the way people think about nature through hands-on, experiential learning.

He toured a new dining center that was funded by bottled water brand Poland Spring and met with children.

More people need to visit the school to become educated “on how they can take a little bit of this and incorporate into their life, so that we’re in better in harmony with our environment,” he said.

Oddly enough, Disenchanted has a darker theme than the original as Giselle's life is turned upside down.

But it’s done in a light way, and hopefully, a way that can distract and entertain,” he said.

The Maine native is on a roll after dying his hair white to play race car driver Piero Taruffi in the Ferrari biopic from writer/director Michael Mann that's due to be released later next year. Adam Driver will star as Enzo Ferrari.

Patrick Dempsey knows the world can be a dark place, and many of the TV streaming options these days are dark, too. He thinks he'll have the antidote next week on Disney+.

The Nov. 18 release of Disenchanted comes 15 years after Enchanted. Both star Amy Adams as cheery, singsong Giselle, who falls in love with a lawyer played by Dempsey.

He said that during his recent travels he was disappointed by the heavy, dark-themed entertainment options.

Do I really want to get into this dark film right now? I just want to escape the realities of the world, not listen to the news, stay away from social media, and watch something,” he said.