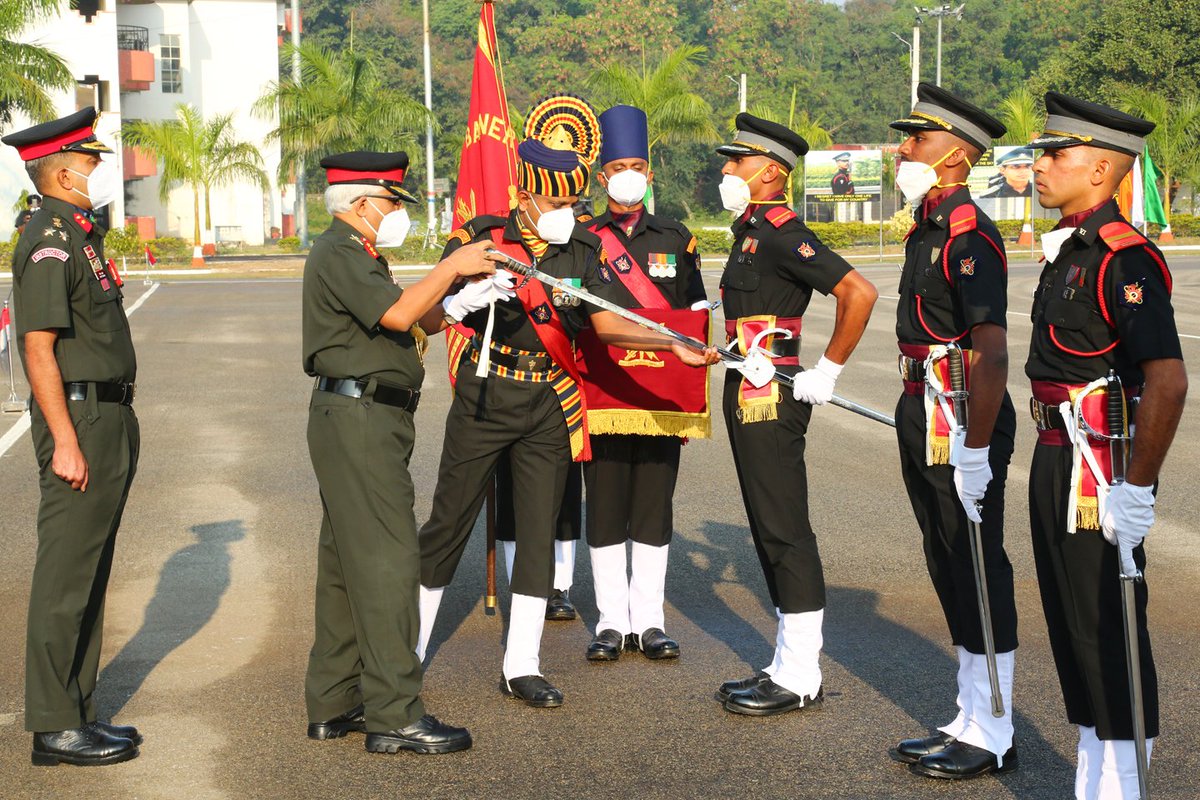 Lieutenant General JS Sidana felicitated the meritorious GCs of the course and presented them with various awards and medals.

Awards were also given to GCs excelling in various aspects of training to include Drill, Officer Like Qualities, Weapon Training, Outdoor Training, Military Subjects and Sports.

The award distribution ceremony of the Passing Out Course was conducted with full military decorum at the MCEME Auditorium on Saturday. Lieutenant General JS Sidana, Commandant MCEME and Colonel Commandant, Corps of EME was the chief guest for the event.

The 21 Gentlemen Cadets of the Technical Entry Scheme-40 course passed out from the hallowed portals of Cadets Training Wing Military College of Electronics and Mechanical Engineering after completing three years of tough and arduous technical and military training.

A Free heart health camp at Kamineni on September 29.

The Cigarette Packs to Get New Image, Health Warning against...

In Hyderabad The Apple prices fall due to huge supply.