BJP Candidate Arrested for Vandalism Outside CM's Residence : Will Redeem Myself by Winning MCD Polls 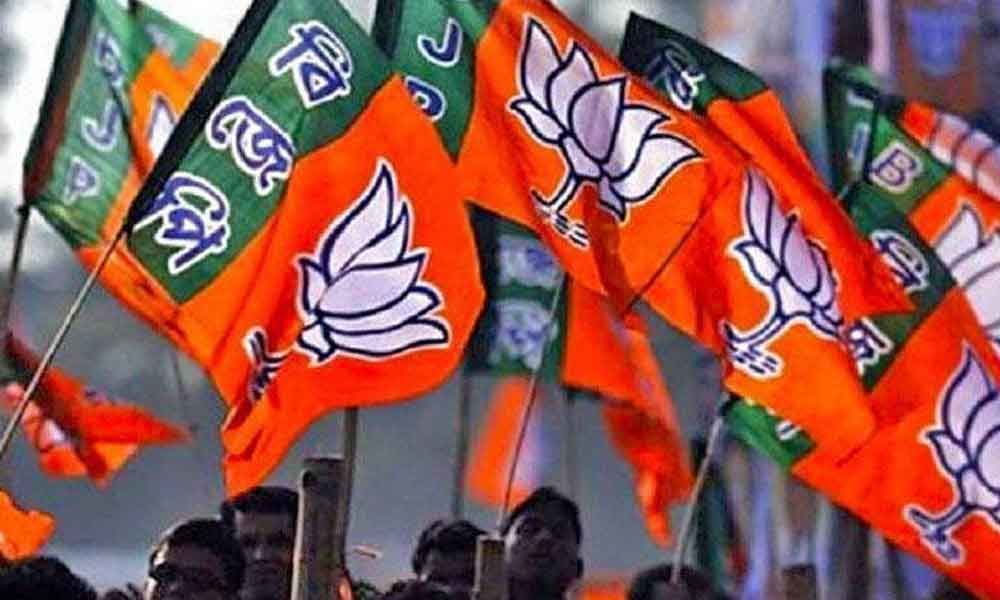 The protest by the BJYM against Kejriwal was held for his remarks denouncing the Kashmir Files film.

After the protest, it was alleged by the AAP leaders including Deputy Chief Minister Manish Sisodia that the BJYM activists had damaged CCTV cameras and security barriers installed outside Chief Ministers residence.

Tiwari, who lives in Chuna Bhatti slum in Kirti Nagar, has declared movable assets worth more than Rs 8.45 lakh while he has taken loans worth more than Rs 9.27 lakh, including one for a car, from banks, showed his affidavit filed with his nomination papers for MCD polls.

Voting for 250 wards of Municipal Corporation of Delhi (MCD) will be held on December 4.

The results will be declared after counting of polled votes on December 7.

He said he was receiving a lot of support and affection from the people of Ramesh Nagar ward.

Tiwari claimed that around 28,000 voters out of more than 72,000 in Ramesh Nagar live in slums of the ward.
They are happy that a slum dweller like them has been fielded in the election," he said.

He also thanked the BJP for fielding him in the MCD polls as a party candidate.

I have been associated with the BJP for over eight years. I worked as a dedicated worker over the years and now my hard work and commitment has been rewarded by the party," Tiwari said.

BJP’s municipal poll candidate from Ramesh Nagar ward Pradeep Tiwari, who was arrested in March for alleged vandalism outside Chief Minister Arvind Kejriwal’s residence, claimed he will redeem himself by winning the election.

The ward has a large number of slum dwellers and they are happy that one of them has been fielded by the party for the polls, said the 27-year-old, who lives with his family in a slum in the Kirti Nagar area.

He was one of the eight protesters who was arrested for alleged vandalism outside Kejriwal’s official residence during a demonstration by the Bhartitya Janta Yuva Morcha.

“We had not done any vandalism outside Kejriwal’s residence. It was a political protest but our image was tarnished by terming us as vandals. I am going to win the MCD poll from Ramesh Nagar ward and redeem myself," Tiwari told.