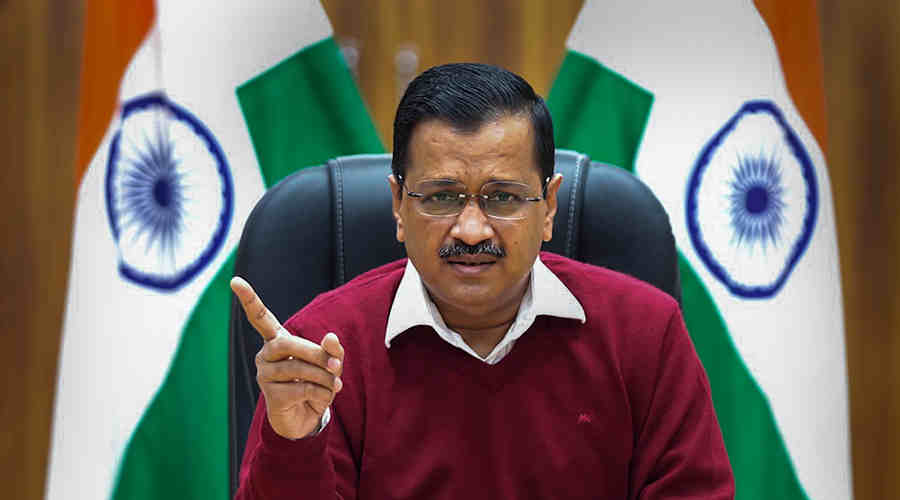 West Delhi’s BJP MP Parvesh Sahib Singh also hit out at the AAP and said the party was doing “theatrics" instead of coming clean on allegations of “scam" in the excise policy.

Arvind Kejriwal, who is hand-in-glove with the liquor mafia, desecrated the memorial of Mahatma Gandhi who spoke against liquor. Our party workers will sprinkle Ganga water to purify the place," Singh said.

He said the Delhi government’s excise policy was opposed by everyone, including women and children, in the city. Public is demanding answers about the controversy surrounding the excise policy.

You Kejriwal are busy diverting the issue after gobbling up public money. You should answer why your excise policy was taken back as soon as the CBI enquiry was ordered?" Tiwari asked.

The CBI is currently probing alleged irregularities in the framing and implementation of the Kejriwal government’s new excise policy and has named his deputy Manish Sisodia, who holds excise portfolio, as one of the accused in its FIR.

The agency had also conducted raid at the deputy CM’s residence last week.

This is a total flop show of the AAP. Kejriwal ji you have to speak on the excise policy but your silence on this issue says a lot. You always come up with the same old, worn-out movie script to divert public attention.

Arvind, you have become a descendant of Goebbels, who used to think that if you keep telling the public a lie, they will start believing it as a truth," Tiwari said referring to the Adolf Hitler’s propaganda minister in the Nazi government.

Tiwari said those who indulged in the “liquor scam" visited the memorial of Mahatma Gandhi. “Are these descendants of Goebbels even worthy of visiting the Samadhi of Mahatma Gandhi?" Tiwari asked.

The BJP alleged that by visiting Mahatma Gandhi’s memorial Rajghat, AAP supremo Kejriwal had desecrated the place and party workers sprinkled Ganga jal there to “purify" it.

Reacting to the AAP’s claims that the BJP was trying to poach its MLAs with an offer of Rs 20 crore each to switch sides, Tiwari said every day the AAP was coming up with old “movie scripts" to divert the public from the real issue.

The BJP on Thursday sprinkled Ganga jal on Rajghat after AAP legislators visited the memorial, and its MP Manoj Tiwari took the point further by comparing Arvind Kejriwal to prominent Nazi leader Joseph Goebbels and accusing him of lying repeatedly.

The Delhi BJP also hit out at the AAP, saying its various allegations were like a “movie script" meant to mislead the public on the “scam" in Delhi’s now-scrapped excise policy 2021-22.