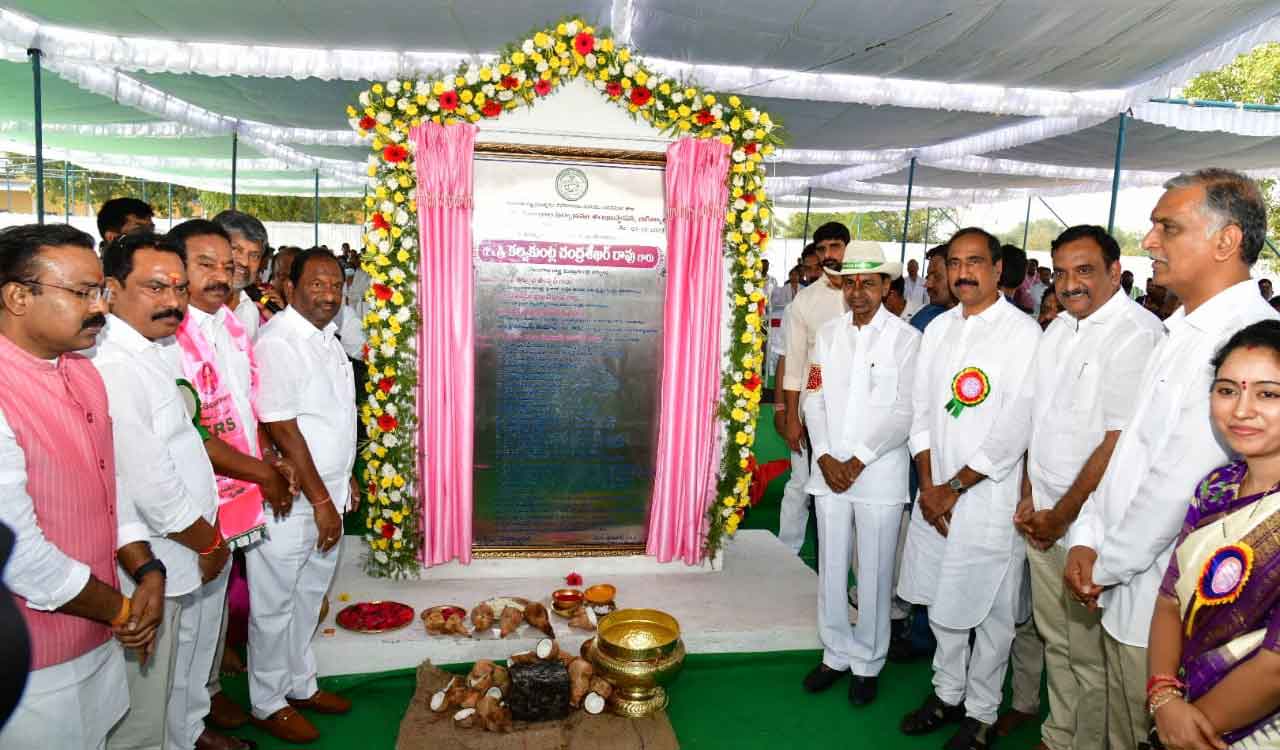 The Chief Minister is conducting a review meeting with officials and public representatives, after which he is expected to head to Mothe, where he will address a public meeting.

The Chief Minister, who reached the district headquarters by helicopter, landed at the Collectorate premises, from where he headed to the new TRS party district office and inaugurated it.