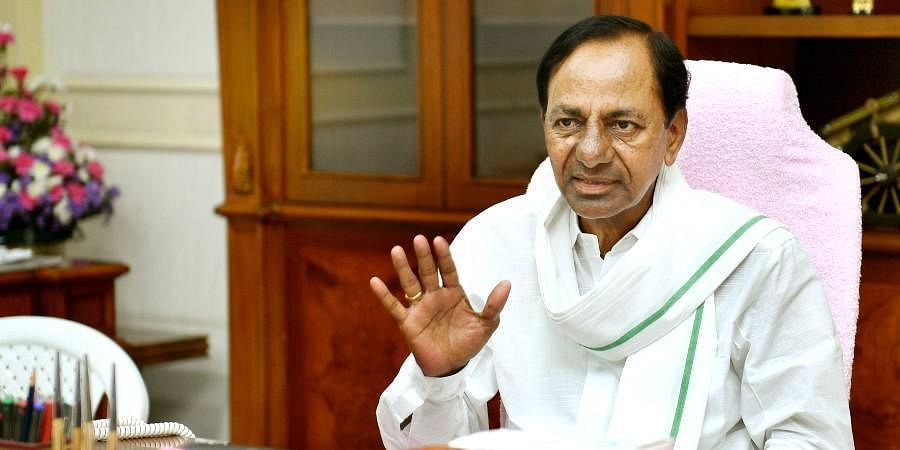 The issue was taken up with the Chief Minister during his visit to Damarcherla on Monday, where the rice millers met him in the presence of Energy Minister G Jagadish Reddy and Rythu Bandhu Samithi chairman Palla Rajeshwar Reddy among others.

The Chief Minister responded positively to the request and directed Chief Secretary Somesh Kumar to issue government orders in this regard.

The Telangana rice millers were requesting with the State government to reconsider their representations and accept other certificates including release (permit) certificates, loading certificates, lorry/railway receipts, way bills and other relevant documents in lieu of C-Forms.

A two per cent subsidy on CST collected against transportation of processed rice to neighbouring States, was provided in erstwhile Andhra Pradesh, which was stopped between 2015-2017 after the millers failed to submit the required C-Forms and other relevant documents.

Telangana has become the food bowl of India by securing a place among the largest paddy producing States in the country. We will extended all needed support to the rice millers for supply of necessary rice to the neighbouring States.

We will always side with the farmers in their support,” the Chief Minister said, observing that the tax waiver would have far reaching impact on rice millers as well as farmers in the State.

Much to the relief of rice millers, Chief Minister K Chandrashekhar Rao on Monday waived off tax arrears pertaining to the Central Sales Tax imposed on processed rice exported from Telangana to other States between April 1 of 2015 and June 30 of 2017. Orders in this regard have been released.

The TMC Slams Govt for Not Giving Party Chairmanship of...