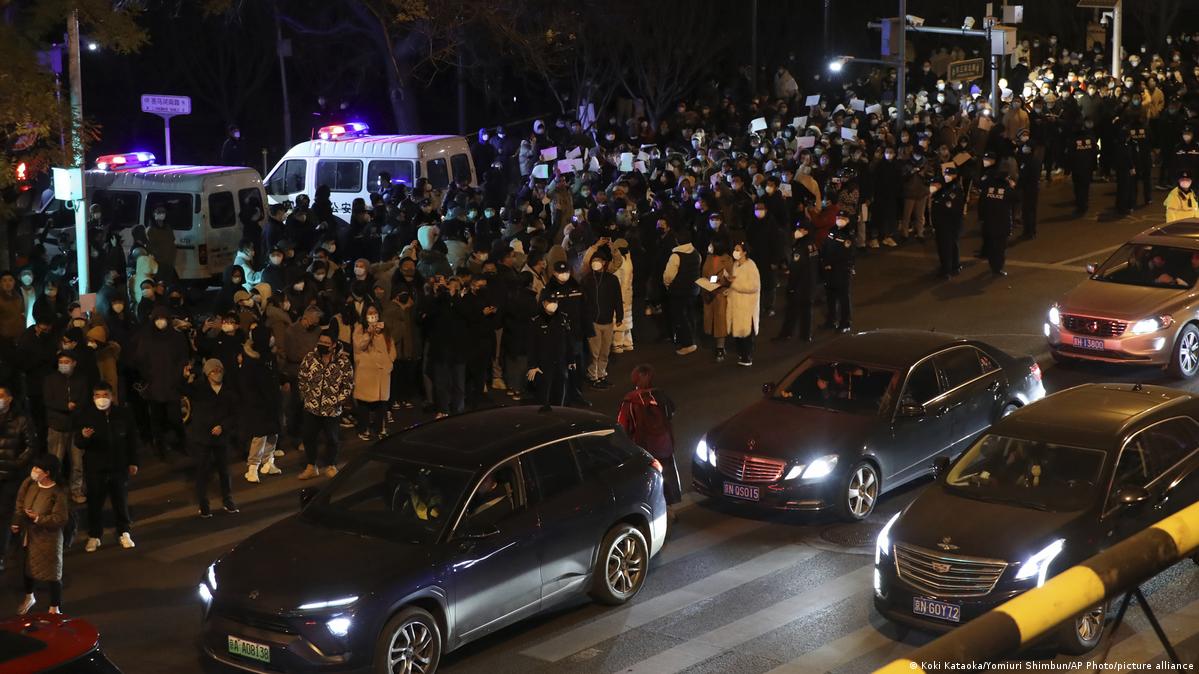 The surveillance system is not new in China as it was used to track dissidents, ethnic minorities and migrant workers.

However, it is for the first time that it has been deployed against large numbers of middle-class people in China’s most affluent cities.

We’re hearing stories of police turning up on people’s doorsteps asking them their whereabouts during the protests, and this appears to be based on the evidence gathered through mass surveillance,” Alkan Akad, a China researcher at Amnesty International reportedly said.

China’s ‘Big Brother’ technology is never switched off, and the government hopes it will now show its effectiveness in snuffing out unrest,” he added.

Earlier Chinese authorities initiated the highest “emergency response” level of censorship, which includes a crackdown on VPNs and other methods of bypassing online censorship.

China’s ruling Communist Party has for long relied on a playbook of arrests, surveillance and censorship to quash dissent and exert its control.

Several protestors across China have been tracked and surveilled by the authorities for their involvement in protests last week. They have received phone calls from the police inquiring about their participation.

The report said that the police have used faces and phones to identify the protestors and assembled one of the world’s most sophisticated surveillance systems.

In China, all mobile phone users are required by law to register their real name and national identification number with telecom providers. They have hung millions of cameras on street corners and entrances of buildings. Other surveillance technologies like facial recognition software have also been deployed to identify the locals.

Some of protesters are baffled at how they were found out, while others, out of fear of further repercussions, have deleted foreign apps like Telegram, which was used to coordinate and spread images of the protests overseas.

Police have confiscated the cellphones of protesters under arrest, according to two protesters.

As China reopened businesses and relaxed testing requirements in Beijing and other cities the authorities have started tracking, intimidating and detaining those who marched in defiance of the government’s strict Covid policies last weekend.

China’s administration has moved swiftly to smother mass protests that swept the country, keeping a heavy police presence in locations where crowds had gathered over the weekend, or planned to do so.

The police have started using faces, phones and informants to identify those who attended the protests against President Xi’s zero Covid policy, a report in New York Times said.

Zhang was one of the protestors who went to protest China’s strict Covid policies in Beijing last Sunday. He wore a balaclava and goggles to cover his face and thought he would go undetected.

However, the next day the police called him as they were able to detect his phone in the area of the protests. The story is not that of Zhang alone.

CEO of Tesla Motors Elon Musk become the only face of communication...

The CEO of Tesla Motors Elon Musk’s Response to Twitter’s...

Tesla CEO Elon Musk : Twitter an accelerant to fulfil my...