Experts Explains : Why Covid Cases in China Are Increasing Even As Infections Dip in India. 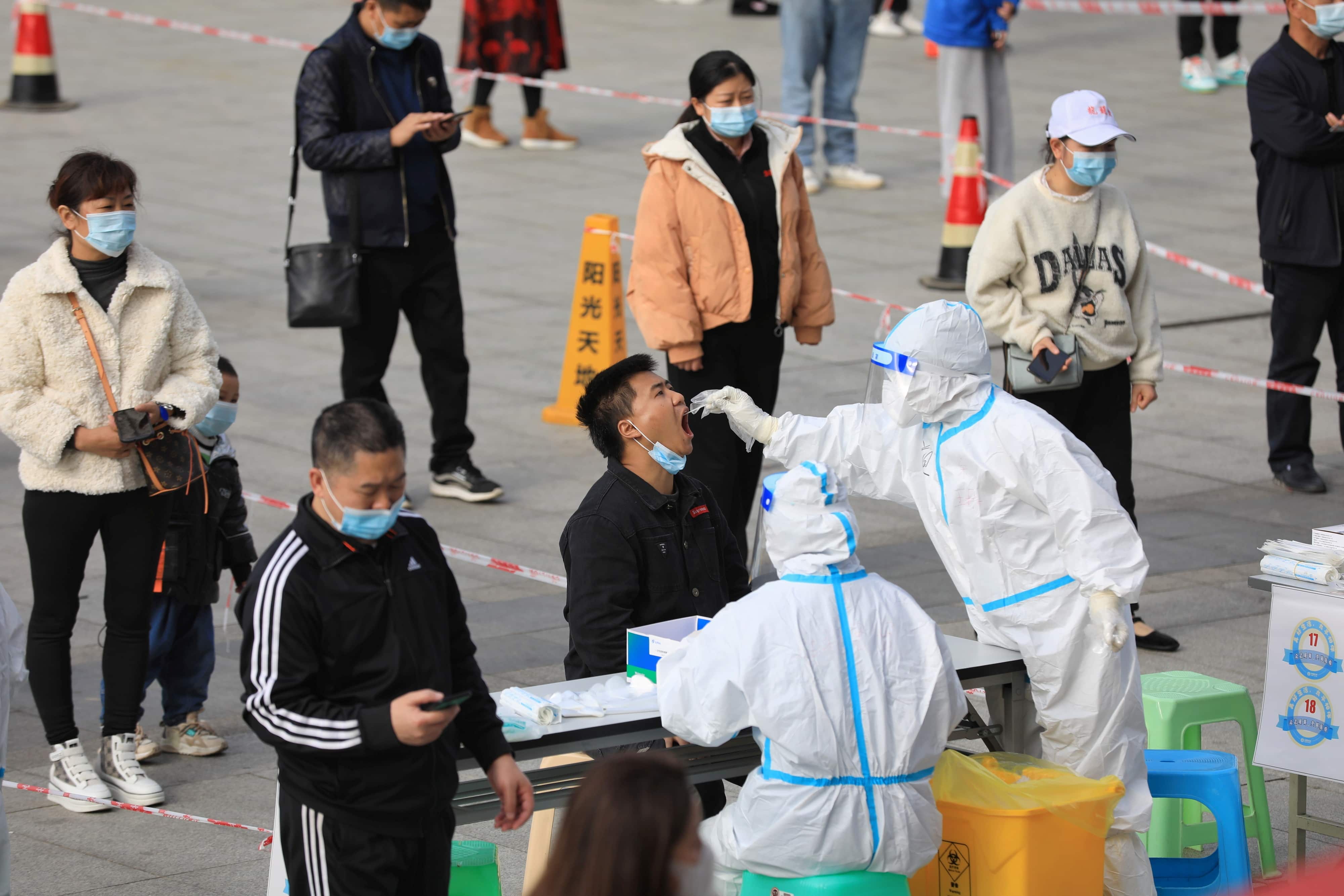 China has used CoronaVac and Sinopharm COVID-19 vaccines, which have been predominantly used globally, particularly in less wealthy nations.

New Omicron subvariants have led to an increase in cases in the US, China, Australia and Europe recently, giving rise to fears that cases may surge in India again.

Assuaging such fears, Menon said unlike China, a rise in India’s Covid numbers is highly unlikely in the near future unless some completely new variant, very different from Omicron and its descendants, comes along.

As China is having a fresh surge, India need not to worry. Just because there is a surge in China does not mean risk for India. SARS-CoV-2 has become endemic in the country," Lahariya added.

Laxminarayan agreed with Menon and Lahariya, saying a China like wave is unlikely but not impossible in India.

It depends on whether there are new strains that are protected by our current levels of immunity," he explained.

However, Lahariya cautioned that the chance that India may face another wave cannot be ruled out.

The fact is that many of the newer variants are circulating in India, but that there has been no significant uptick in hospitalisations or deaths.

This suggests that the Indian population is very largely protected through hybrid immunity," Menon, professor, Departments of Physics and Biology, Ashoka University, told.

For countries like China, which have had to rely solely on vaccinations to ensure some population-level immunity, this means that a large section of their population may not have the sort of immunity that a combination of a vaccination and a prior infection might provide to these new, immune-escaping variants," he added.

Protecting their population with the stringent measures that they have used, thus has a downside, Menon added.

Public health and policy expert Chandrakant Lahariya noted that the trajectory of COVID-19 in India and China is not comparable.

India had three major waves, high coverage with two shots of COVID-19 vaccines which are highly efficacious. In comparison, China did not have any major waves till now," Lahariya told PTI.

The vaccines used in China have low efficacy, and coverage in elderly population is low. In addition, more than 31 months into the pandemic, every country is different from others," he added.

Epidemiologist Ramanan Laxminarayan noted that COVID-19 is a challenging disease to understand but in some basic ways, it behaves rather predictably.

China’s predicament is that most of the population is vaccinated, albeit with a vaccine whose efficacy is in question. And unlikely in India, where the large first and second wave infected much of the population, the disease has been kept under tight control in China," he told PTI.

As a result, population immunity is low. So, India’s bad news of 2020 is a major reason behind its relatively safe position in 2022 and beyond," Laxminarayan, director of the One Health Trust – formerly known as the Center for Disease Dynamics, Economics and Policy in Washington added.

On the other hand, China reported 19,903 infections in 24 hours, according to the World Health Organisation.

The recent daily cases are far higher than the previous record achieved in mid-April of roughly 1,000 cases a day.

China has adopted an extremely restrictive containment strategy, with a fair degree of success in the past.

Explaining the contrast in case trajectory between the two countries, Gautam Menon, who has been tracking Covid numbers since the start of the pandemic, said while the Indian population is largely protected through hybrid immunity, a large section of China’s population may not have that immunity.

While hybrid immunity is behind India’s low COVID-19 numbers, a large section of China’s population may not have this protection provided by a combination of vaccination and prior infection, leading to spurt in cases there, experts say.

The experts also questioned the efficacy of the vaccines available to the people in China.

India has been witnessing lowest COVID-19 numbers since the beginning of the pandemic, while China has seen record numbers of the viral disease in recent days.

In the last 24 hours, India reported a rise of 165 COVID-19 cases, while the count of active cases has declined to 4,345, according to the numbers shared by the Union government at 8 am on Tuesday.

The Bill to trim president's powers likely to become law...

At Least 230 whales beached in Tasmania.

The Pakistan deploys thousands of doctors to fight diseases...