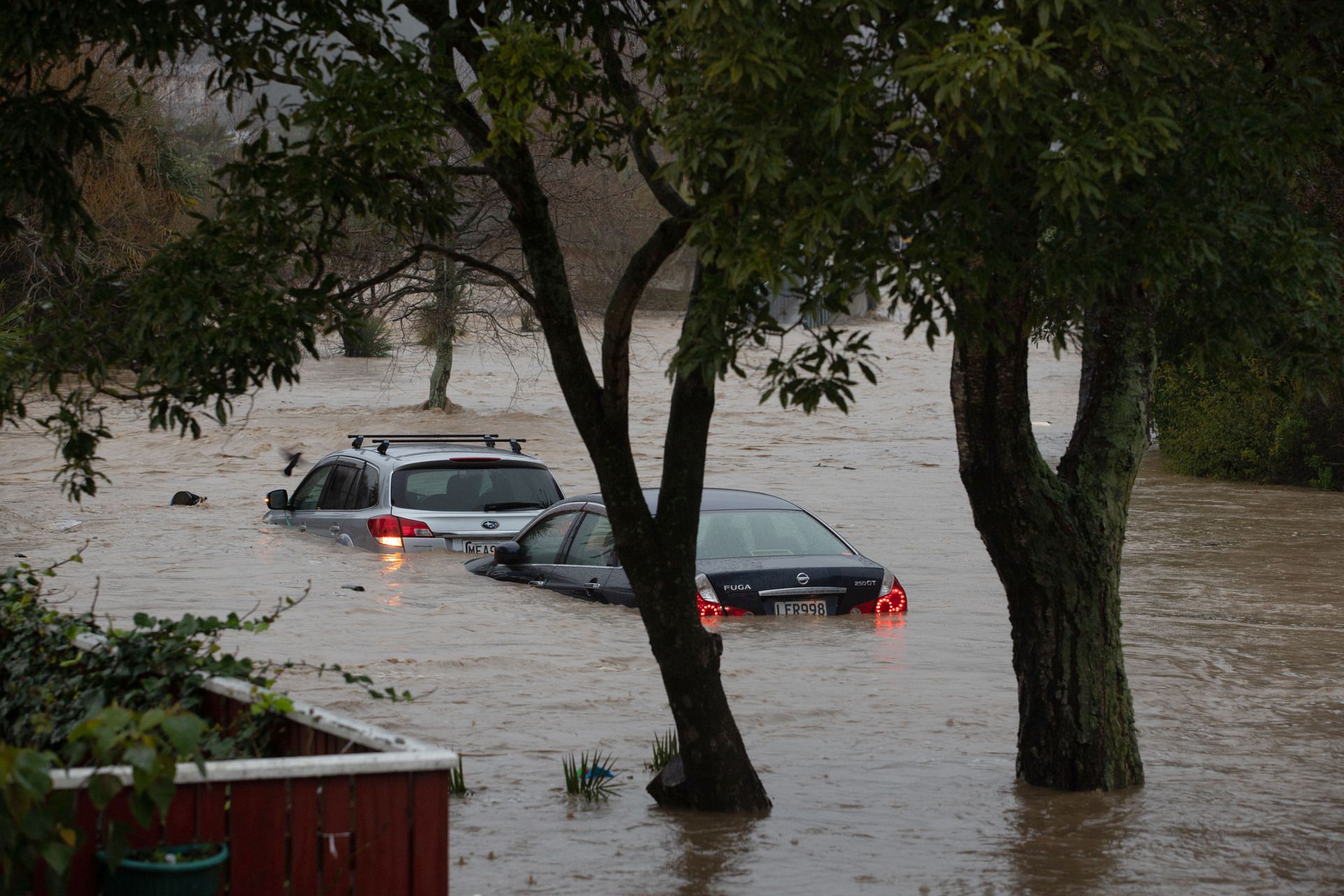 New Zealand's North Island has also been affected by the wild weather, with winds of up to 120km/h barrelling across Northland, where three people were injured in a car accident after a tree fell on State Highway One.

Last month, New Zealand was soaked by its wettest July on record, and the wild weather looks set to continue until the weekend.

Climate change is having an enormous impact on New Zealand's insurance sector.

Ten major floods in the past two years have led to total losses of around $400 million, the IAG added.

About one per cent of New Zealand's homes 20,000 properties are at a risk of flooding. Buller has been repeatedly hit by flooding in recent years.

Mayor Jamie Cleine said frequent evacuations had taken a toll on a community that was now bracing for more flooding.

"It is extremely troubling for people financially and mentally. This is our reality until a long-term solution can be put in place," he told news site Stuff.

The weather has caused considerable damage and been extremely disruptive," he told reporters.

While it's too early to know the full cost of the damage, this initial NZ$200,000 US$125,460 contribution will help in getting immediate support to those who need it.

The state of emergency was declared on Wednesday in Buller, on the west coast, and Nelson where 233 homes have been evacuated, after a month's worth of rain fell in just 15 hours. Reese warned locals to treat all water as contaminated, because some sewers had broken.

Nelson resident Sam Lagrutta said the situation was "frightening", after the police gave him just five minutes to leave his home.

"I literally just grabbed a carry-on bag and filled it with my passport, wallet and anything important I could find," he told the New Zealand Herald.

160 more households along the South Island's west coast were asked to evacuate.

What it's like to sit in a double-decker airplane chair