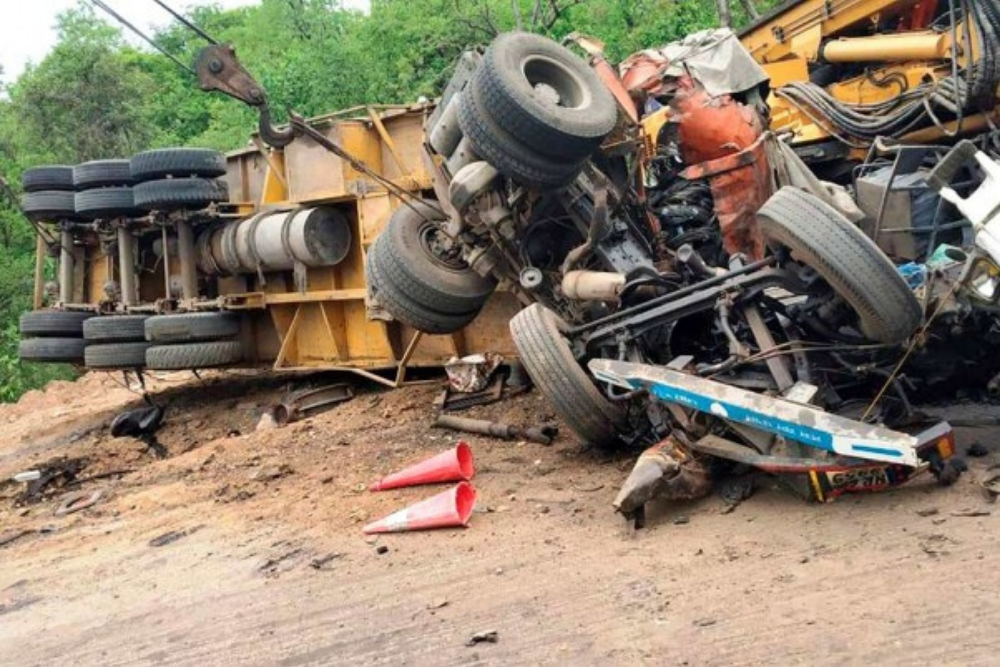 The victims are all relatives of Ayyappa swamis and were returning home after attending a ‘padi pooja’ at the Ayyappa Swamy temple on the outskirts of Munagala.

The lorry, which was allegedly driven rashly, was going to Vijayawada from Hyderabad.

The condition of three persons was critical and they have been shifted to a hospital at Khammam for better treatment.

The mishap took place at 1.45 am when a tractor, in which the victims were traveling, was hit by a lorry, which was coming in the opposite direction, near Sandeep Filling station at Munagala.

The tractor was allegedly coming in the wrong side of the road to enter Munagala village.

The 5 persons, including an eight-year-old boy, died while 20 persons were injured in a road accident on the National Highway No. 65 at Munagala in the district in the early hours of Sunday.