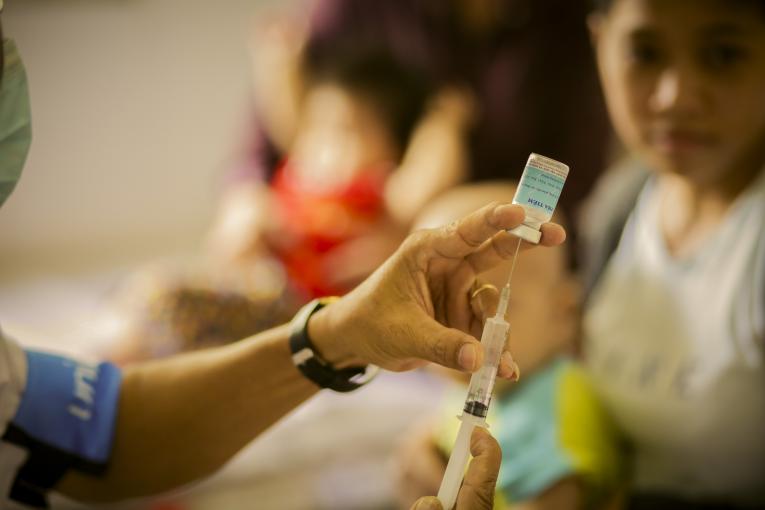 Outbreaks in unvaccinated and malnourished populations have been known to kill thousands. Scientists estimate that more than 90% of the population needs to be immunized to prevent measles outbreaks.

The World Health Organization in April warned of an increase in measles in vulnerable countries as a result of a disruption of services due to COVID-19.

In July, UNICEF said about 25 million children worldwide have missed out on routine immunizations against common childhood diseases, calling it a “red alert” for child health.

Zimbabwe continued vaccinating children against measles even during the height of the coronavirus pandemic, but the drive has been hampered by religious groups that preach against vaccines.

The Christian sects are against modern medicine and tell their members to rely on self-proclaimed prophets for healing.

Church gatherings that have resumed following the easing of COVID-19 restrictions have “led to the spread of measles to previously unaffected areas,” said the health ministry in a statement last week.

Measles is among the most infectious diseases in the world and mostly spreads in the air by coughing, sneezing or close contact.

Symptoms include coughing, fever and a skin rash, while the risk of severe measles or dying from complications is high among unvaccinated children.

The measles outbreak was first reported in the eastern Manicaland province in early April and has since spread to all parts of the country.

At least 2,056 cases have been reported and virtually all of the deaths have been children who were not vaccinated, Information Minister Monica Mutsvangwa said.

Zimbabwe’s Cabinet has invoked a law used to respond to disasters to deal with the outbreak, she said.

The government says it is embarking on a mass vaccination campaign targeting children aged between 6 months and 15 years old and is engaging traditional and faith leaders to support the drive.

The measles outbreak in Zimbabwe has killed 157 children, most of whom were unvaccinated due to their family’s religious beliefs, officials said.