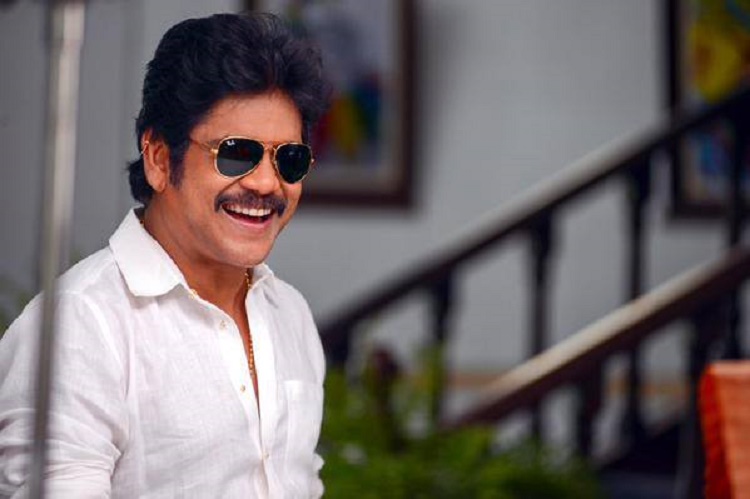 On the day Brahmastra made its debut, Nagarjuna said his actor-wife Amala also returned to the movies with her Telugu feature Oke Oka Jeevitham.

She did a film after a long time. It was about time travel and it did extremely well. So, there was rejoicing at home. In my family, there are four actors and every year we have bittersweet moments," the 63-year-old actor added.

Both the father and son duo made extended cameo appearances in Brahmastra and Laal Singh Chaddha, respectively.

The superstar, who has been in the industry for 35 years, said he had cautioned Chaitanya that while a movie like Laal Singh Chaddha will not get him the recognition as a star, the audience will appreciate him as a performer.

"When Chai told me he was doing this Forrest Gump remake, I told him don't expect to be recognised as a star. This will show you as an actor. And Chai said, 'I want to be known as an actor also," Nagarjuna recalled.

As a family, the actor said they believe in celebrating cinema, irrespective of the fate of the movie.

We all cheer for each other. We all have a get together on the day of the release. Whatever happens we have dinner and we all toast to that movie.

There is a bittersweet moment every year. Now, it is coming every six months," he added.

Star Studios and Dharma Productions have backed the movie, which has been presented in Tamil, Telugu, Kannada and Malayalam languages by director S S Rajamouli.

In a family of four actors, there are a lot of "bittersweet moments" every year, says veteran star Nagarjuna, who is basking in the success of Brahmastra: Part One - Shiva that comes a month after his son Naga Chaitanya's Hindi debut in Laal Singh Chaddha.

Asked about how the family reacted to the success of Brahmastra and the lacklustre performance of Laal Singh Chaddha at the box office, the Telugu superstar said, "It is a bittersweet moment. I wish it had worked good. But it happens, it is an experience.

Laal Singh Chaddha, the official Indian adaptation of the Hollywood classic Forrest Gump, was released on August 11. The movie performed poorly at the ticket window.

Brahmastra, on the other hand, starring Ranbir Kapoor and Alia Bhatt, got off to a great start, raising over Rs2,250 million in worldwide gross box office numbers in the opening weekend.

The Ayan Mukerji-helmed movie arrived in cinema halls on September 9.

This Country Loved Only Khans, Obsessed Over Muslim Actresses'...