IT Minister KT Rama Rao : Fight me by working for public, not by distributing money and liquor. 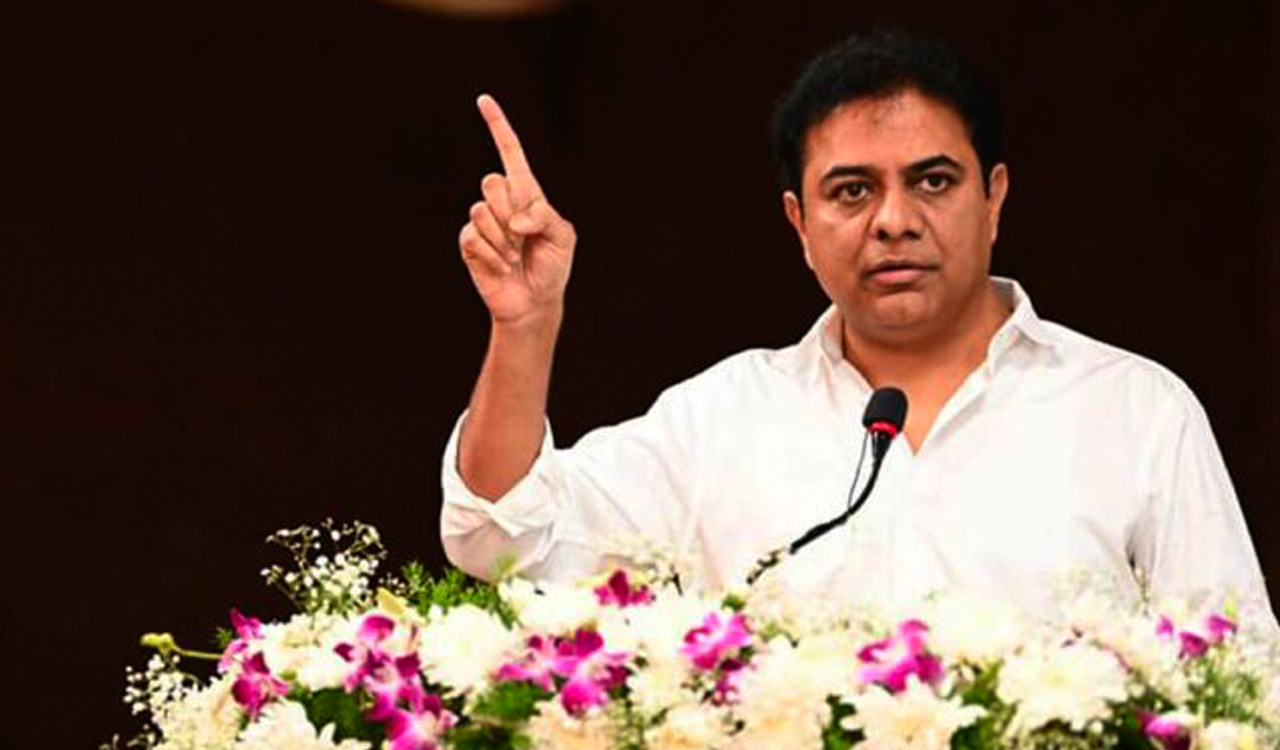 Instead of luring voters by distributing money and liquor, the opposition candidates, who wanted to contest against me, must win the hearts of the people by doing more good work than me,” he said.

There are many political leaders who make tall promises and talk about different things on various stages, but doing something good for the public would give more satisfaction, he added.

The Minister was speaking after distributing digital tabs to intermediate students studying in government colleges at a function held at the Government High School, Sircilla on Thursday.

Advising his own party workers and leaders also to focus on working for the good of the public, Minister said he had contested from the Sircilla constituency in four Assembly elections, but never did he distribute money or liquor to get votes.

Refusing to delve into the unethical acts by opposition candidates at the time of elections, the Minister said he did not like getting votes by distributing money and liquor to voters.

Targeting the opposition parties for their money and liquor tactics to sway voters Rama Rao on Thursday said political rivals who wanted to contest against him in elections from Sircilla should win a place in the minds of voters by doing good work and not by distributing money and liquor.