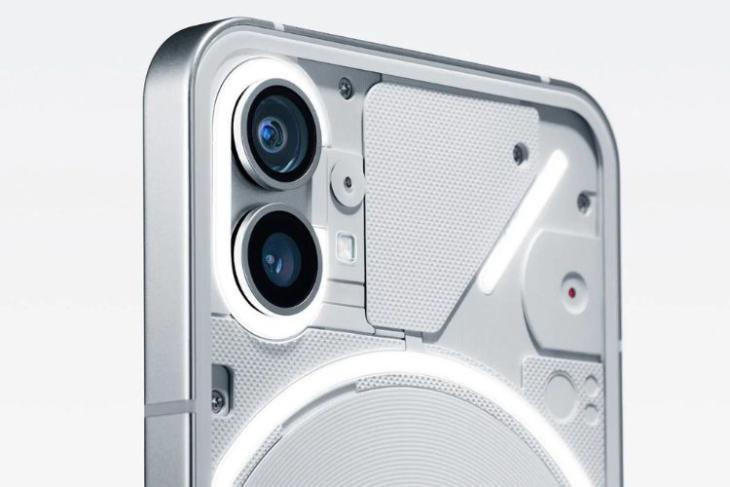 The rphone's repairability was tested. The Nothing Phone 1 gets a score of 3 out of 10 owing to time taken to make repairs, parts availability, as well as screen and battery replacement.

It comes with 12 T5 screws, which lets one remove the components for a quick disassembly.

However, the use of a very strong adhesive makes it difficult for battery and screen replacement because they require extra energy to pull these things out of the phones' shell.

Nelson charred parts of the screen with his lighter. He also found that the fingerprint sensor was unable to register his fingerprint due to his worn-out fingerprint.

The Nothing Phone 1 made a strange noise when bent from the middle screen downwards and showed little flex.

However, there was no such noise when he bent the phone with its screen upwards. The smartphone narrowly survived the bend test staying in one piece.

In a video posted on his channel JerryRigsEverything, Zack Nelson begins with his regular scratch test after removing a plastic screen protector from the Nothing Phone 1.

The frame of the smartphone is built with aluminium and was scratched with a stainless-steel blade. The back panel also gets a Corning Gorilla Glass protection on the back and it is not affected by the blade.

Nothing Phone 1 has passed the JerryRigEverything durability test, but it “narrowly escaped destruction,” as per a video posted on the YouTube channel. Furthermore, a separate video has also suggested that the smartphone is difficult to repair and, therefore, it got a poor repairability score.

The Nothing Phone 1 was launched last month with a transparent back panel to aid the Glyph Interface that uses LED strips. The handset sports a 6.55-inch OLED display, a Qualcomm Snapdragon 778G+ SoC, 50-megapixel dual rear camera setup, and a 4,500mAh battery with 33W fast charging.

Report : Apple Preparing to Source Chips From US Plant,...