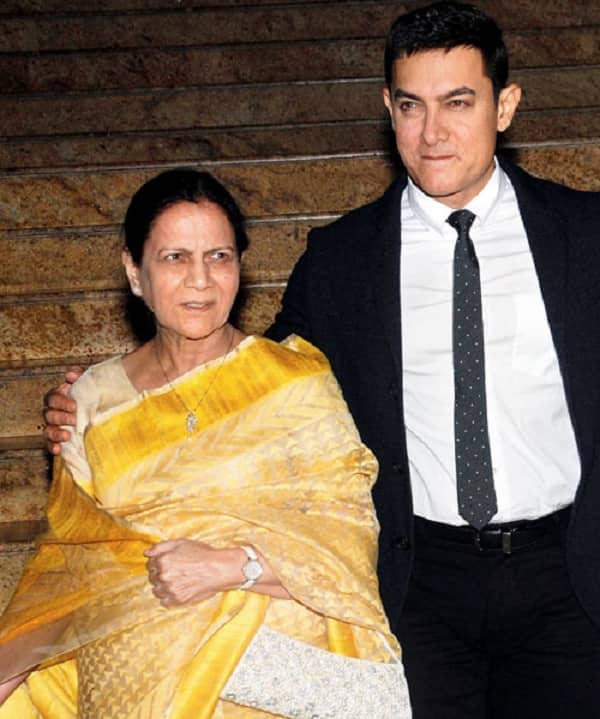 Helmed by Advait Chandan, the film was the official Hindi remake of the iconic film Forrest Gump.

The movie marked the debut of Naga Chaitanya in Bollywood. However, the film failed to impress the audience and critics.

Aamir Khan is the son of the late filmmaker Tahir Hussain and Zeenat Hussain. On June 13, Aamir Khan celebrated his mom Zeenat Hussain's birthday with family and friends, including his ex-wife Kiran Rai and their son Azad Khan.

Several pictures and videos from the celebrations went viral on the Internet in which she can be seen surrounded by her family and cutting her birthday cake while everyone cheers for her.

Check out the viral video below: A few days later, Aamir Khan's daughter Ira Khan also shared pictures with her grandmother from the celebrations and captioned it as "Random happy photo" In the images, Ira is happily posing with grandmother Zeenat Hussain and fiance Nupur Shikhare. Check out the post below:

She suffered a heart attack during Diwali. She is recovering at Breach Candy Hospital. She is fine now.

The report added that the superstar's mother was at her house in Panchgani with Aamir Khan when she suffered a heart attack and was rushed to the Breach Candy Hospital in Mumbai, where she is currently recovering.

You inspire me in so many ways : Tahira Kashyap wishes...

Bollywood Actress Madhuri Dixit was once told to 'look...