Report : Faith-based Schools Have Implications for Persistence of Patriarchal Norms in Society. 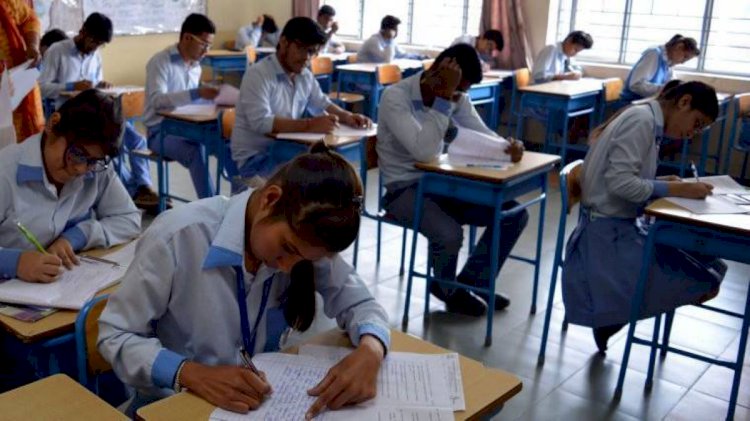 Report, however, cautions that such potential negative effects of faith-based schools should not be exaggerated.

It is very difficult to separate the impact of religious belief and socioeconomic background from the impact of non-state faith-based schools on progress towards gender equality.

Madrasa enrolment has been found to be positively correlated with degree of household religious belief and physical distance from a non-faith-based school.

Differences between them may entail the school of thought followed, emphasis on scriptures and Islamic sciences, presence of daily rituals, boarding arrangements and attachment to local mosques. These important differences mean experiences are country- and even school-specific," the report stated.

While madrasas generally follow a curriculum that promotes a religious way of life, the situation is far from uniform both within and between countries. Some countries integrate madrasas with the government curriculum while others stick to traditional models," it said.

According to UNESCO experts, new analysis for the report looked at evidence linking faith-based schools, especially the non-state variety, with progress towards or stagnation in gender equality in their societies.

The study comparing female secondary school and madrasa graduates found that the latter held less favourable attitudes towards higher education for girls and working mothers, considered raising children to be wives’ main responsibility, believed the optimal number of children was up to God and indicated a preference for large families.

Further analysis suggested that madrasa students, especially from unrecognized institutions, held less favourable attitudes about women and their abilities than did their peers in secular schools. Teachers in traditional madrasas were found to have a significantly larger families," it said.

Madrasas can also cancel out some of the positive impact on gender equality from increased education access.

First, their curricula and textbooks may not be gender-inclusive, instead reinforcing traditional narratives on gender roles, as studies have shown in Bangladesh, Indonesia, Malaysia, Pakistan and Saudi Arabia. Second, their teaching and learning practices such as gender segregation and gender-specific restrictions on social interactions may leave the impression that such gender-unequal practices are socially acceptable more broadly," it said.

According to the report, the teachers may lack training to address gender issues and may act as negative models, for instance affecting students’ attitudes to fertility.

What happens inside faith-based institutions has implications for the persistence of patriarchal norms and attitudes in society," it said.

Pointing out that the non-state faith-based schools in Asia often operate in a complex institutional environment, the report states that there is not a single type but a variety of institutions which differ significantly in the education they offer and the financial support they receive.

Faith-based schools in Asia can cancel out some of the positive impact of increased education access on gender equality and have implications for persistence of patriarchal norms and attitudes in society, according to the UNESCO-published global education monitoring report.

The report, on the theme of “deepening the debate on those left behind", states that non-state faith-based schools in Asia have increased girls’ access to education but it comes at a cost.

Madrasa graduates have less favourable attitudes towards higher education for girls and working mothers, consider raising children to be wives’ main responsibility, believe the optimal number of children was up to God and indicate a preference for large families, it stated.

Several decades ago gender disparity in education was high in many Muslim-majority countries in Asia. Significant progress to increase access and close gender gaps has since been achieved, in partnership with non-state faith-based providers.

Rising enrolment of girls in madrasas helped relax social constraints on women’s mobility in conservative rural areas where madrasas have been low-cost platforms to achieve universal education," the report stated.

Bihar Minister : Will Request CM to Make Provision for...

Weather : After a lull, rains return to Adilabad.

In Telangana No cases of monkeypox reported.