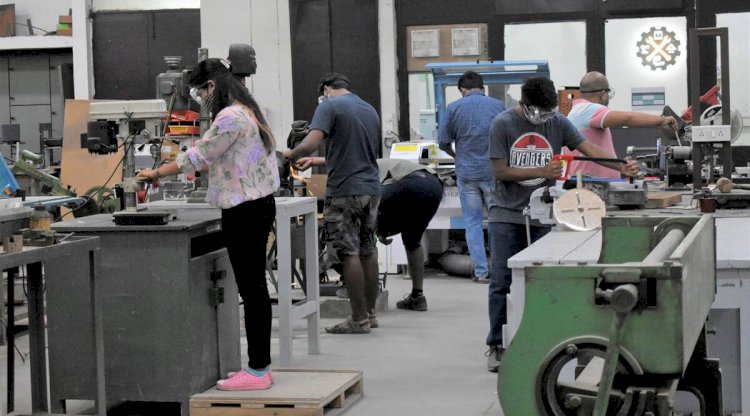 The students built and refined the functional prototypes of their electro-mechanical projects under the mentorship of the institute faculty and students in the third and the fourth weeks.

The month-long boot camp, aimed at addressing some high impact societal problems, had started on May 23.

The boot camp, an initiative of the institute’s Academic Outreach and New Initiatives office, started with the students forming teams and choosing problems to work on in the first week.

Device for rehabilitation exercise monitoring, automated reuse of RO purifier waste water, car seats that can be converted into a stretcher, are among the prototypes built by school students during a boot camp at IIT Delhi.

Twenty-five high schoolers classes 11 and 12 successfully completed a ‘Do-It Yourself summer boot camp “Change Makers" organised by the Indian Institute of Technology Delhi and showcased the prototypes built by them on Friday.

UTs to Screen 2% Passengers from Each Incoming Flight Through...

The Delhi Transport Corporation Will Not Provide Buses...

Weather : After a lull, rains return to Adilabad.