The Amazon Workers at UK Warehouse Walk Out Over Pay Discontent. 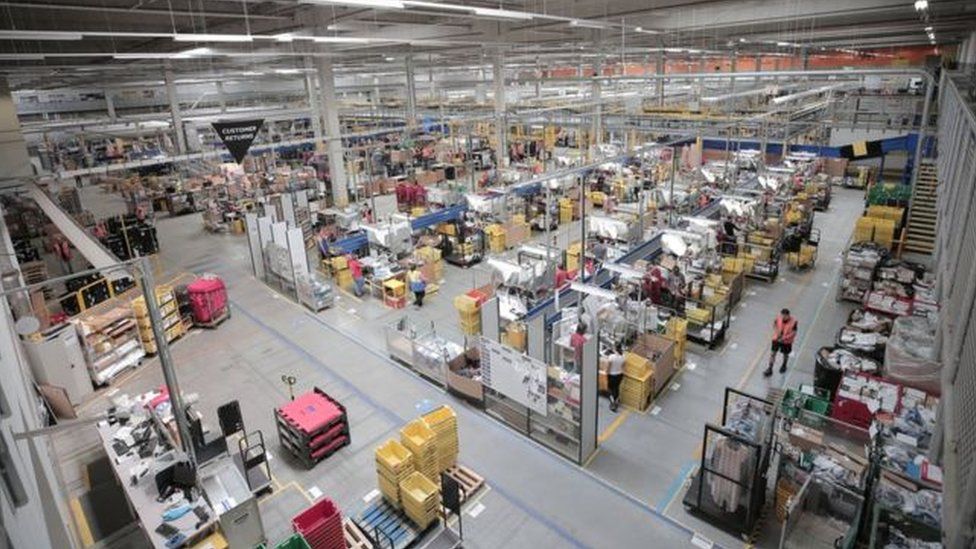 In May, the US Vice President Kamala Harris and Labour Secretary Marty Walsh met with union organizers at the White House to boost unionisation campaigns.

Participants in the meeting, which featured an unscheduled appearance by President Joe Biden, discussed organisers' efforts to form unions in their workplaces, and how those could prompt workers around the country to mount similar organisation campaigns, according to a readout from the White House.

Biden thanked them for bolstering organising momentum that is growing nationally.

Among the guests were Chris Smalls, who heads the Amazon Labor Union that won a vote last month to unionize warehouse workers on Staten Island, New York.

GMB said 800 workers walked out of the warehouse on Wednesday and Thursday over a 35 pence per hour pay increase, with the union seeking a two pound $2.44 or nearly Rs. 195 rise to cope with the higher cost of living and to better match the demands of the role.

Workers from across industries, including railway, airline and telecommunication, have staged strikes in recent months in Britain as wage increases lag the rise in the price of goods.

Hundreds of Amazon workers at a warehouse in Tilbury in southeast England have walked out in protest over pay, the trade union GMB said, the latest sign of labour force discontent as the rising cost-of-living sparks strikes across sectors.

Amazon, which dominates the online retail marketplace, has faced criticism from workers in many countries over pay and conditions.

"Amazon continues to reject working with trade unions to deliver better working conditions and fair pay. Their repeated use of short-term contracts is designed to undermine worker's rights," the union said on Thursday.

The Tesla getting closer to integrating Steam for in-car...

The United States gets a voice in Epic Games battle with...

The smartphone application Truecaller Collaborates With...

The Samsung Galaxy Z Fold 4 Spotted on Amazon Ahead of...

The Sri Lanka budget to bolster revenue and fight inflation...