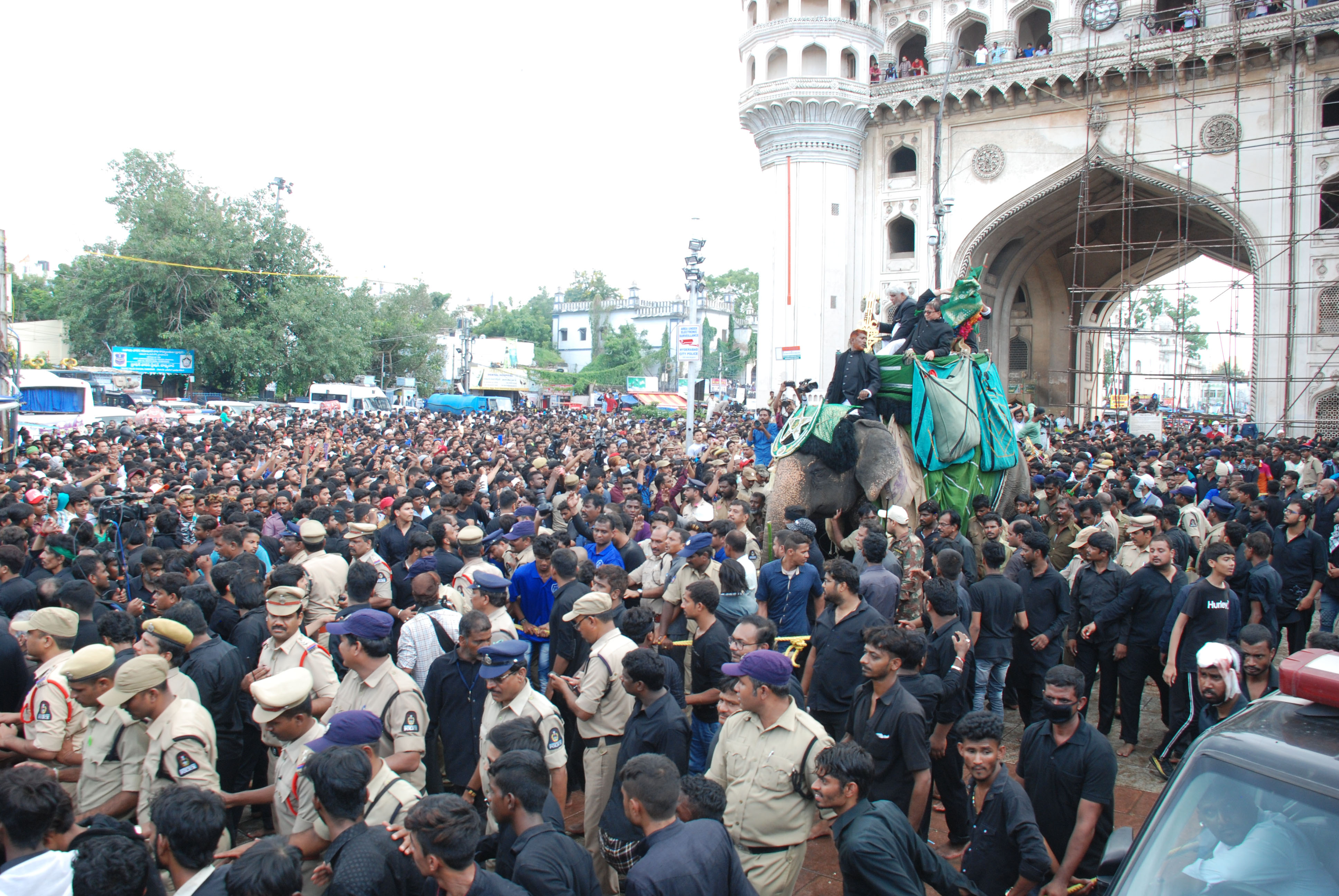 The practice of installing the Bibi ka Alam dates back to the Qutb Shahi period when Hayath Bakshi Begum, the wife of Muhammad Qutb Shah, installed an alam in the memory of Bibi Fatima at Golconda.

Later, during the Asaf Jahi era, the alam was moved over to Bibi ka Alawa at Dabeerpura specially built for the purpose.

The alam contains a piece of the wooden plank on which Bibi Fatima was given her final ablution before burial.

The relic is believed to have reached Golconda all the way from Karbala in Iraq during the reign of Golconda king Abdullah Qutub Shah, according to historians.

Thousands of Shia mourners are participating in the procession.

The Hyderabad police have made elaborate security arrangements.

The Alam (standard) is being carried on an elephant Madhuri brought for the procession from Kolhapur.

The historic Bibi ka Alam procession started from the Bibi ka Alawa around 1.30 pm on Tuesday.

Actress Pooja Hegde's Wanderlust Takes Her to a Fair in New York, Pulls Off Cool...

Telangana High Court : No immersion of PoP idols in lakes