The Bilkis Bano Challenges In Supreme Court Release Of Her Rapists. 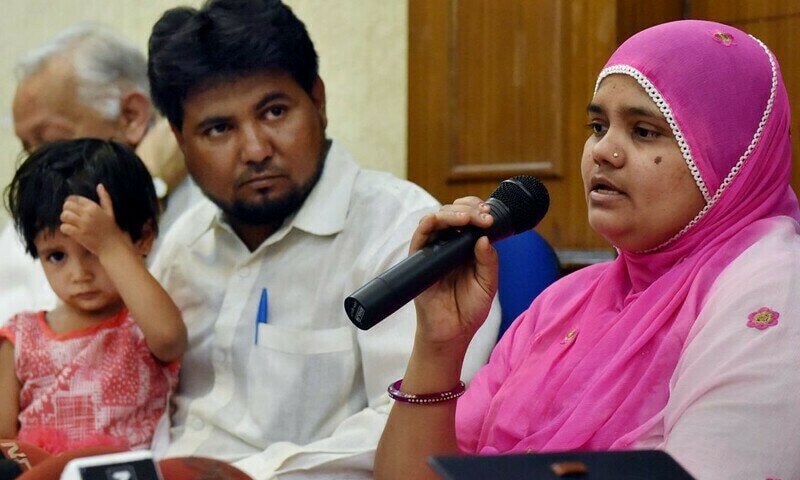 Bilkis Bano has said in her petition that the decision on releasing the men should be taken by Maharashtra, where the trial took place, instead of Gujarat.

Bilkis Bano was 21 when she was gang-raped by the men, who killed nine members of her family, including her three-year-old daughter, during the riots that swept through Gujarat after the Godhra train burning in which 59 pilgrims died.

Defending the decision, the Gujarat government cited the Centre's approval - it came swiftly, within two weeks of its request and good behaviour" of the convicts. Gujarat also cited a Supreme Court ruling.

In that ruling on the petition of one of the convicts, the Supreme Court had said that the Gujarat government could consider releasing him under the 1992 remission policy. Gujarat freed all 11, dismissing strong objections from the CBI and a special judge.

The move would not have been possible if the Gujarat government had gone by the 2014 remission policy, which bars the early release of rape and murder convicts.

The convicts were freed on August 15, Independence Day, by the Gujarat government under an outdated policy.

The move sparked massive nationwide outrage, which was amplified by images of the rapists being garlanded and welcomed like heroes by a Hindu organisation.

Bilkis Bano today challenged in the Supreme Court the early release of 11 men convicted of gang-raping her and killing her entire family in the 2002 Gujarat riots.

The New guards to be assisted by smart tech at airports;...

A teenage girl ends life" Upset over her poor performance...