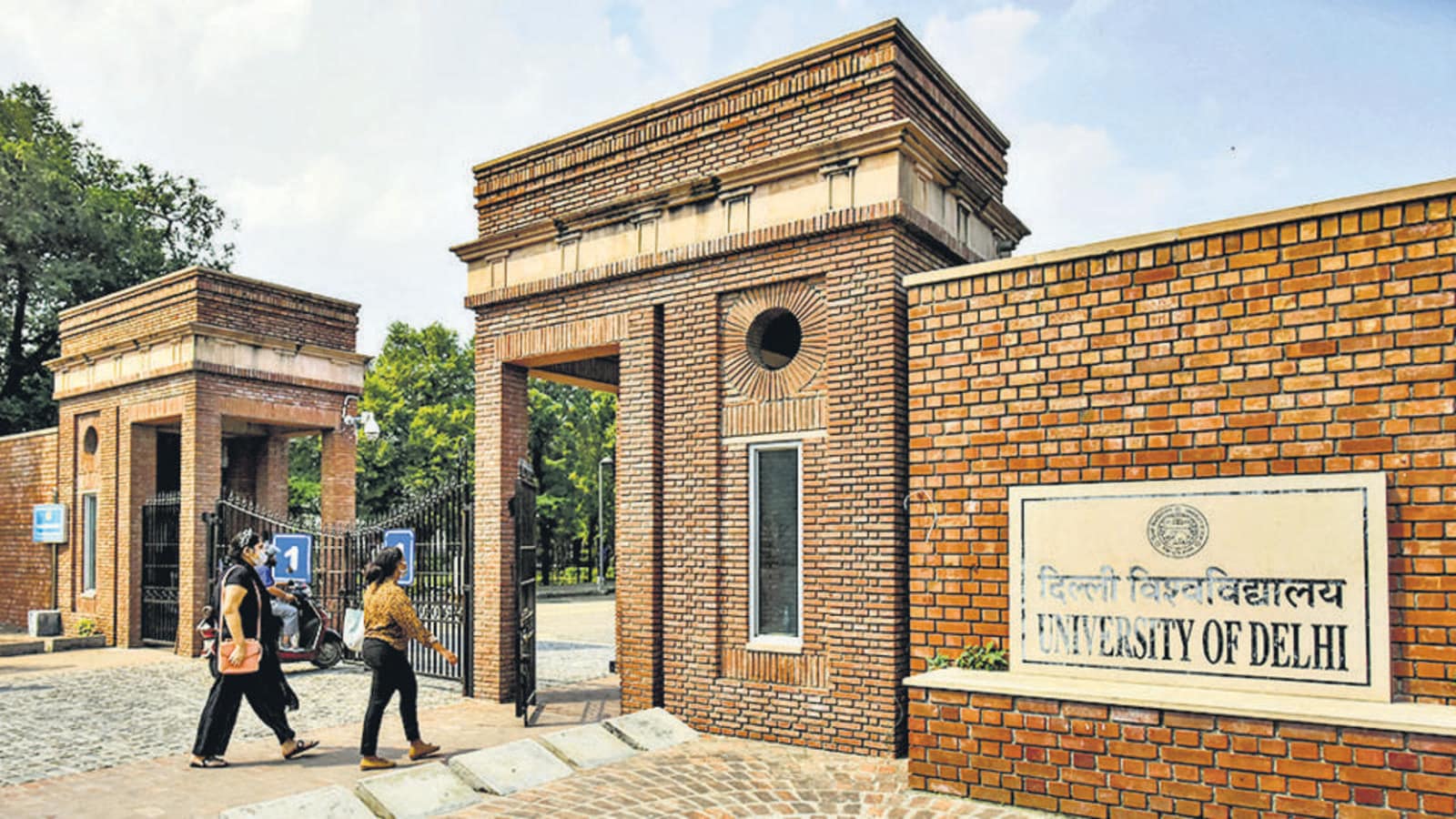 The committee had suggested that the admission to all postgraduate courses will be carried out through a single window mechanism where a Common University Entrance Test will be conducted by the National Testing Agency as is done for other Central Universities with effect from the Academic Session 2023-24 for all categories who wish to seek admission in the university.

While preparing the Merit List, priority will be defined as follows: The erstwhile category of candidates who used to seek admissions through Postgraduate Entrance Test will comprise the first 50 per cent of the seats and will include the candidates who qualify in this Common University Entrance Test depending upon his/her eligibility for appearing in the test under this category,” the committee has recommended.

The remaining 50 per cent of the seats will be filled by the erstwhile category of candidates who used to seek admission by obtaining an eligible bachelor’s degree from the University of Delhi.

A total of 66 universities, including central, state and private universities, had opted for the CUET PG exam for admissions. Delhi University was among the universities that have opted out of this entrance test and are conducting admissions to the PG courses will continue as per the existing processes.

The AC has approved to recommend PG admissions through CUET with half of the seats remaining under merit-based admission for students of DU,” a council member told.

Under the existing system, 50 per cent of admissions are done directly for students who did their bachelor’s degrees from the university based on their merit in their qualifying examinations.

The remaining 50% seats are filled based on candidates’ ranks in the DU postgraduate entrance test.

Delhi University Academic Council on Tuesday approved the proposal to hold postgraduate admission through the Common University Entrance Test from the next academic cycle.

The change in the admission pattern of postgraduate programmes was proposed by a 10-member committee formed to “suggest a strategy” for PG admissions from 2023-2024.

The Diwali to be a Public School Holiday in New York City...

The Clashes break out in Odisha over biryani feast during...