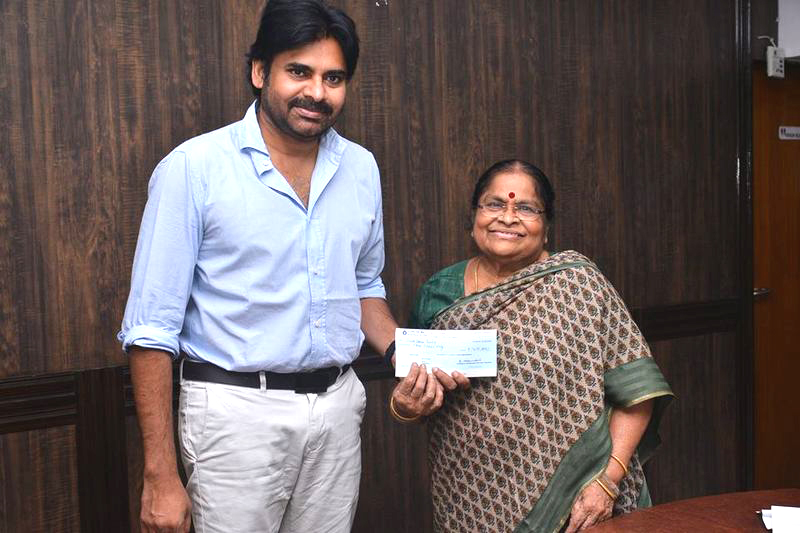 She has also given her son’s JSP an additional lakh donation for the functioning of the growing political party.

To recall, Anjanamma gave Rs 4 lakh to the JSP in 2014, garnering media attention.

She recently made headlines once more after giving another gift. Jana Sena Party led by actor-turned-politician Pawan Kalyan has donated money to rural households whose breadwinners committed suicide due to bankruptcy.

Sushmita Sen and Ram Madhvani to return season 3 of Aarya...

Here’s a look at the pre wedding ceremony of Payal Rohatgi...