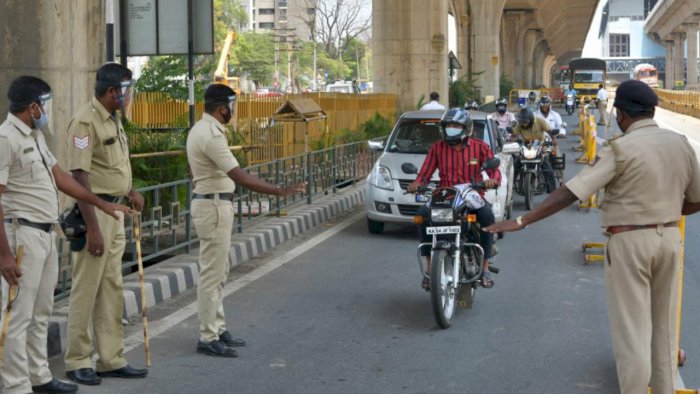 Since movement of trains and air travel is permitted, movement of public transport, private vehicles and taxis to and from airports, railway stations and bus terminals/stops/stands will be allowed to facilitate passengers. However, valid travel documents or tickets have to be produced.

Meanwhile, the Bengaluru Metropolitan Transport Corporation has partially suspended bus services for the next two weekends January 8 and 9 and January 15 and 16 in the city.

Ten per cent operations will be available from 6 am to 10 pm only for people working in the essential services sectors.

Trains will run from 8 am to 9 pm on Saturday and Sunday till the curfew is in force. The frequency of trains will be extended to one in every 20 minutes. On other days, the usual timings will be 5 am to 11 pm, excluding Friday when it will close at 10 pm.

The Karnataka State Road Transport Corporation will also reduce its services during the weekend curfew.

Interstate travellers to Karnataka from Goa, Kerala and Maharashtra must carry RT-PCR negative reports regardless of the vaccination status. Night time services will be decided based on online bookings, KSRTC said in a release.

The guidelines issued by the government allow shops selling food, groceries, fruits and vegetables, meat and fish, dairy and milk booths and animal fodder to function. 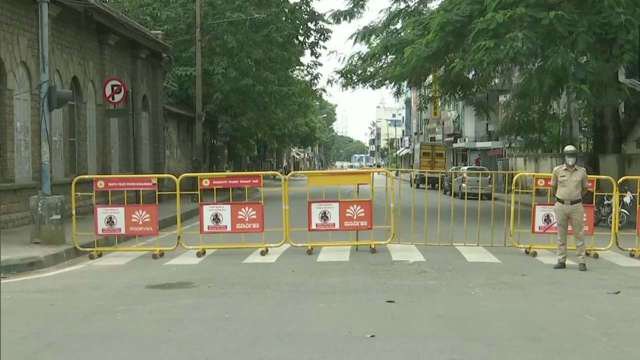 Patients and their attendants or persons requiring emergency need and eligible people intending to take vaccination will be allowed with valid proof.

During the weekends, industries, including IT, will remain exempted from the restrictions of the curfew and employees will be allowed to commute upon producing valid ID cards issued by their organisations.

Meanwhile, all state and Union government offices and their autonomous bodies, corporations, etc, that deal with emergency services, essential services and Covid-19 containment and management duties shall be fully functional and officers or personnel of the same shall be allowed unrestricted movement.

Here’s what is allowed and what is prohibited during the weekend curfews in Karnataka.

While marriage functions are permitted by the government, the events cannot have more than 200 people in open spaces and 100 people in closed places. All participants should strictly adhere to Covid-19 appropriate behaviour.

Restaurants, hotels and eateries will be allowed only for take-aways and home deliveries during the weekends.

With the number of Covid-19 cases rapidly rising in Karnataka, the state government Friday imposed a weekend curfew till January 19, restricting movement between 10 pm Friday and 5 am Monday. Only essential services will be allowed during this period.

This comes in the backdrop of the single-day spike in cases breaching the 5,000-mark Thursday with 5,031 fresh cases being recorded alongside one death. Of the 5,031 cases, Bengaluru alone clocked 4,324 cases while the state’s positivity was pushed to 3.95 per cent.

Meanwhile, Health Minister K Sudhakar Friday said, “As many as 107 new Omicron cases have been confirmed in Karnataka Friday, taking the overall tally to 333.

Samsung just launched the Galaxy A22 in India.

Telangana Cabinet will meet on June 8 to take a call on...

In Kolkata Police To Issue E-challan To Traffic Violators...