The Nagole flyover likely to be inaugurated on Oct 15. 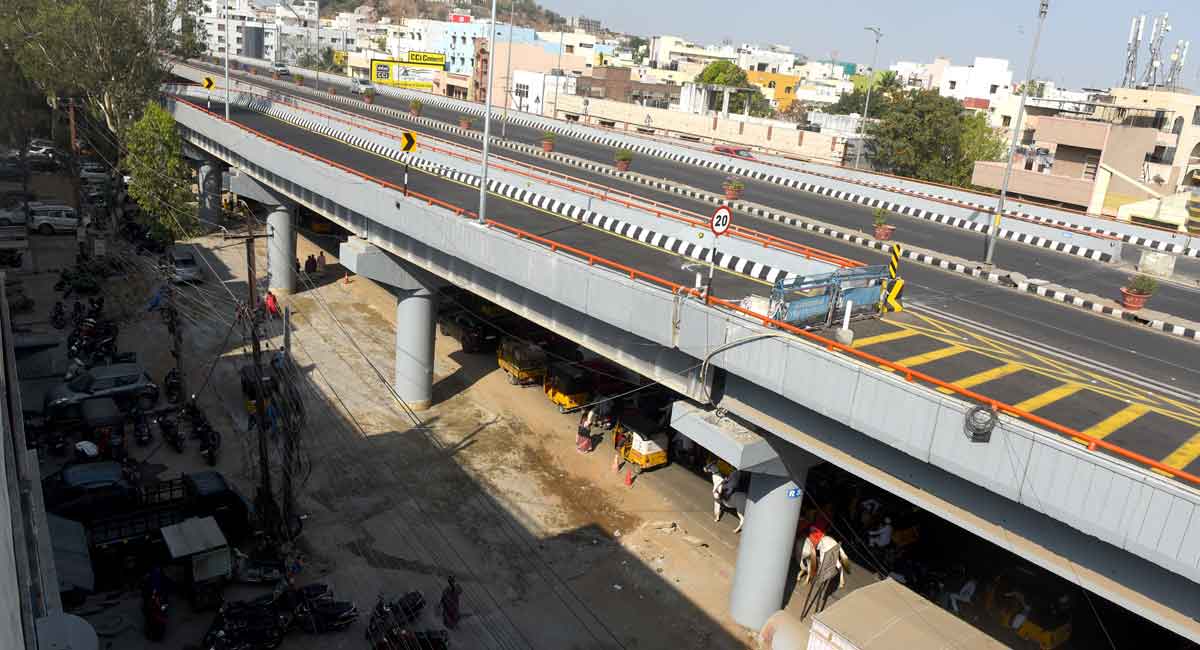 GHMC officials said owing to the State government’s Growth in Dispersion policy, companies were expanding their base in the eastern parts of the city.

This, while bringing development to those regions, has triggered traffic congestion.

In addition to popular companies such as Genpact, others are also setting up their establishments and expanding their base in the eastern parts of Hyderabad. Especially during shift changes, the Uppal-LB Nagar stretch sees heavy traffic,” a GHMC official said.

The Nagole flyover has been conceptualised with the aim of easing this congestion and enabling the smooth flow of traffic from the city towards other districts via LB Nagar.

On weekdays, scores of commuters from Uppal head towards LB Nagar and from there travel in different directions to Dilsukhnagar, Karmanghat, Sagar Ring Road.

The same has been observed in the opposite direction too.

In addition to commuters heading towards to Uppal from LB Nagar and vice versa, many who live in the residential areas on either side of the Nagole main road will benefit due to the reduced traffic on the stretch,” K Gowtham, a resident of Venkat Reddy Colony in Nagole, said.

The Greater Hyderabad Municipal Corporation has completed 90 per cent of work on the flyover which is likely to be inaugurated on October 15. Of the flyover’s 22 deck slabs, 21 have been constructed. The construction of a ramp is currently under way.

The 990-m-long and 24-m-wide Nagole flyover, according to the GHMC, would ensure signal-free traffic movement from Uppal to LB Nagar and in the opposite direction as well, cutting down commute time and vehicle operating costs.

Costing all of Rs 143.58 crore, a massive six-lane bi-directional Nagole flyover promises to ease traffic congestion on the Uppal-LB Nagar stretch one of the busiest routes in eastern Hyderabad

Another major infrastructure project under the Telangana government’s flagship Strategic Road Development Plan will soon be thrown open to the public.

The Delhi Cops Issues Traffic Advisory in View of Valmiki...

In Nalgonda A Bus catches fire, 45 passengers have narrow...

The South Central Railway to operate special trains to...