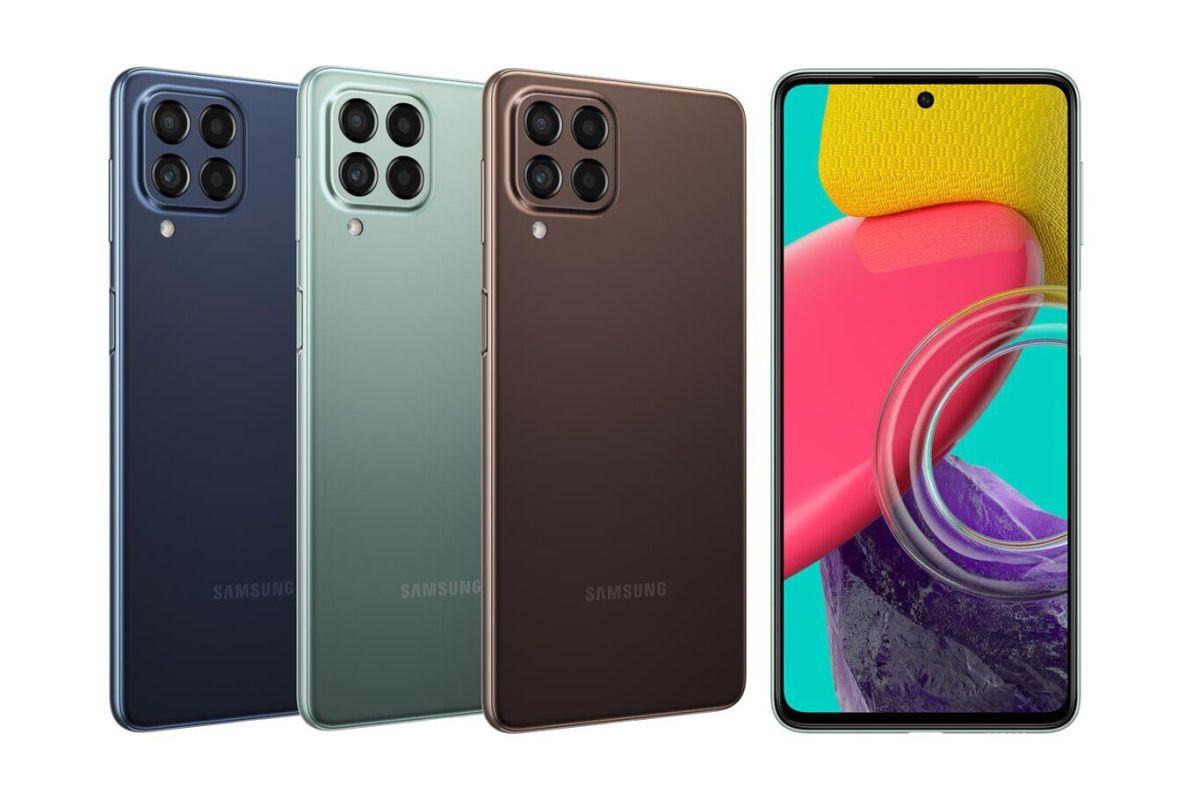 The handset could also come with a USB Type-C port and an in-display fingerprint scanner.

To recall, the phone is expected to be the successor of the Galaxy M53 5G from Samsung that was launched in India earlier this year.

The smartphone is powered by a MediaTek Dimensity 900 SoC and sports a 6.7-inch Super AMOLED+ display with a 120Hz refresh rate.

The handset features a 108-megapixel quad rear camera setup and runs on Android 12 out of the box.

Samsung Galaxy M54 5G has been tipped to sport a 6.67-inch full-HD+ AMOLED display with a 90Hz refresh rate.

For optics, the Samsung Galaxy M54 5G is expected to feature a triple rear camera setup. It is said to include a 64-megapixel primary camera sensor paired with an 8-megapixel ultra-wide camera and a 5-megapixel macro sensor. There is said to be a 32MP front camera sensor for selfies and video calls.

The Galaxy M54 5G, the upcoming smartphone from Samsung has been listed on the benchmarking website Geekbench with the model number SM-M546B.

The listing has indicated that the smartphone will feature 8GB of RAM and could run Android 13. The upcoming smartphone from Samsung has scored 750 points in the single-core tests and 2,696 points in the multi-core test.

Samsung Galaxy M54 5G has been spotted on Geekbench, and the listing suggests that the handset will come with 8GB of RAM and run Android 13.

The smartphone has been listed with the model number SM-M546B. The alleged specifications and the launch timeline of the upcoming Samsung Galaxy M54 5G have also been spotted online.

The OnePlus Set to Introduce Its First Keyboard With Customisable...