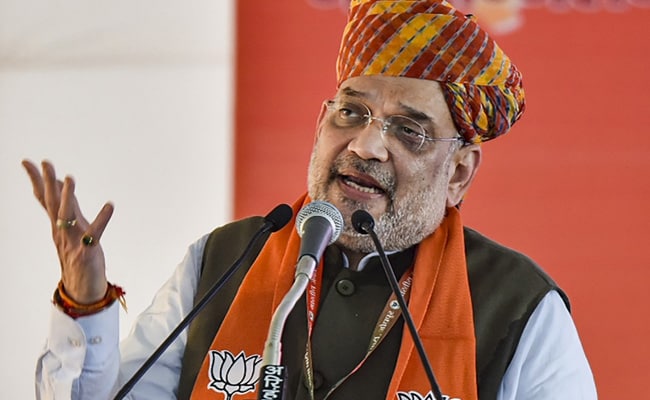 Amit Shah will also unveil a 16-feet statue of Lord Hanuman in Somnath town and inaugurate 262 shops, called as ‘Maruti Haat’, near the Arabian Sea coast in the town.

Reports" Shah will begin the visit by attending a conference of cooperative organisations of Amreli district in his home state, where the Assembly elections are due later this year.

The minister will then leave for Gir Somnath district where he will offer prayers at the Somnath Mahadev temple.

Amit Shah will take part in a cooperative conference in Gujarat’s Amreli district on Sunday and unveil a 16-feet tall statue of Lord Hanuman in Somnath town.

Chief minister of Punjab Bhagwant Mann Arrived in Munich city to participate in...

The Cong’s Baghel, Hooda, Shukla to head to Himachal as...