Varun Gandhi Says' UP Floods Common Man In Pilibhit Left To Fend For Himself.

Around 500 villagers in Pilibhit are inundated by waters from the Sharda river. On Tuesday night, the Pilibhit district administration sought the help of the Army for rescue operations and 26 people have been airlifted to safer places since Wednesday morning.

Local BJP MP Varun Gandhi had written to Chief Minister Yogi Adityanath demanding compensation for farmers whose crops have been damaged due to floods.

Gandhi’s spokesperson MR Malik had said the MP has demanded that farmers who lost their crops be provided compensation. 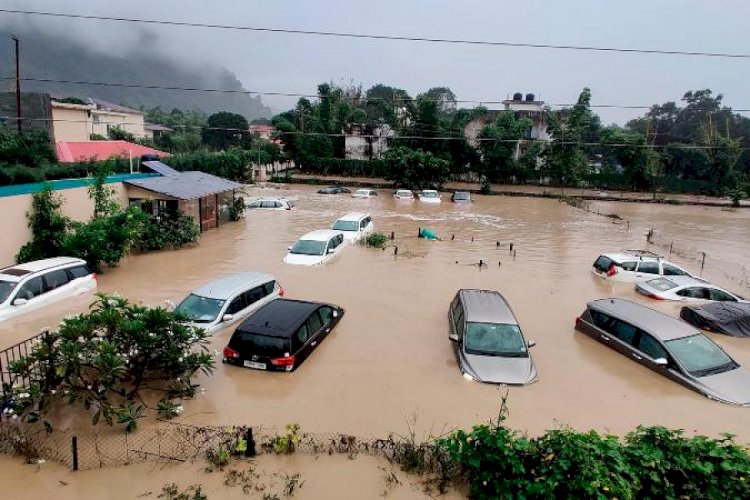 BJP MP Varun Gandhi, whose Pilibhit constituency has been hit by heavy rains, on Thursday attacked the Uttar Pradesh government, saying if the common man is left to fend for himself, what does governance mean.

Three people were killed and hundreds were marooned as torrential rains lashed Bareilly and Pilibhit districts over two days, officials had said on Wednesday.

Much of Terai is badly flooded. Donating dry rations by hand so that no family is hungry till this calamity ends. It’s painful that when the common man needs the system the most, he’s left to fend for himself.

If every response is individual-led then what does ‘governance’ mean," Gandhi said in a tweet. The Sharda and Deoha rivers are in spate due to heavy rainfall and many villages situated on their banks have been flooded.

Man Saved by Delhi Police After FB Alerts on Self-harm...

Actor Anushka Sharma is ready to root for the Indian side...